PressED is a conference (#pressedconf19) looking into how WordPress is used in teaching, pedagogy and research. The conference happens solely on twitter. Check out #pressedconf18 to see how a twitter conference works

Submissions are now closed for #PressEdConf19

We’re very much inspired by the Public Archaeology Twitter Conference

Hey, you can see the schedule

You can download the conference schedule for your calendars

So these are all the categories the conference sessions discuss

So these are all the tags the conference sessions discuss

Each session at the conference is based on 10-15 tweets in a fifteen minute period. If you’re presenting you can add videos, gifs, slides, links or whatever you’d like to your tweets

You can also take part by following the hashtag (#pressedconf19) for the day – or at any time after the conference has happened.

When a session finishes, there’ll be a chance to ask questions.

If you’ve not got time to do a session, feel free to send us a link to your WordPress Projects and we’ll add them to our resource bank.

Martha Burtis (@mburtis) is Director of the Digital Knowledge Center at the University of Mary Washington. In this role, she oversees a peer tutoring program that offers support to students at UMW who are engaged in digital projects and assignments. She works closely with colleagues in the Division of Teaching and Learning Technologies (DTLT), coming in behind their work with UMW faculty to offer one-on-one student support.

Prior to working as the DKC Director, she served as Special Projects Coordinator in DTLT, helping administer various faculty and student development projects, including the Online Learning Initiative and Domain of One’s Own. She has also taught classes in the departments of Computer Science and the Digital Studies American Studies program on digital storytelling, digital identity, and digital design. She helped co-found Domain of One’s Own at UMW in 2013, and she has worked closely with WordPress in higher education since 2004, in particular facilitating the use of WordPress as a space for imagining online learning environments and exploring digital fluency.

She has worked in higher education for 15 years, previously serving as director of DTLT at UMW and as director of Web development at the University of Montana.

Lorna-Jane Richardson (@lornarichardson) is Lecturer in Digital Humanities at the University of East Anglia in Norwich, and specialises in digital heritage, digital ethics, and social media research methods. She is an archaeologist by training, with a particular interest in digital forms of archaeology and digital public engagement with heritage. She has held a number of public archaeology Twitter conferences since 2017 – most of which seem to work well!

Kevin Gannon (@TheTattooedProf) is Director of the Center for Excellence in Teaching and Learning and Professor of History at Grand View University in Des Moines, Iowa, USA. He writes and talks about critical and inclusive pedagogies, race and racisms (in both US History and higher ed), and digital and online teaching and learning. Kevin is a regular contributor to the Vitae (part of the Chronicle of Higher Education), and is finishing the manuscript for Radical Hope: A Teaching Manifesto, to be published by West Virginia University Press. In 2016, he appeared in the documentary 13th.

Claire Smith (@TeachTodos) is a second year student  studying on Dundee University’s four-year Education Programme. With a passion for making a difference (like all her peers) she embarked on a journey of personal development to become her best ‘teacher-self’, which she provided an insight into at PressED18.  Now almost at the half-way point, it is fair to say that the lanyard clip is longing for a badge! However, there is much more to be learnt – and many more reflections to be had. Out with the teaching circles and Glow Blogs, sports and music fill the slots in her leisure timetable. And… just when the sun is out (of course) … a trip home to see the furry friend never fails to leave her smiling.

Dr Jennifer M. Jones is from Glasgow and deputy editor of the Glasgow Sloth, a new online publication focusing on slow journalism for a fast city. She is the co-organizer of Hacks/Hackers Scotland, a technology meetup looking at the future of news and an independent researcher. She is interested in citizen journalism.  social technology, and peering behind the curtain of digital subcultures. Her PhD examined the rise of alternative media and citizen journalism at the Olympic Games. (Photo credit: John Devlin, The Scotsman) 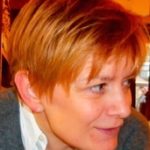 Natalie is an open education practitioner in higher and medical education and heads the Centre for Technology and Innovation in Learning at the University of Dundee. Over the past 10 years she’s been an advocate of using open technologies in higher education to support co-creation of learning and digital scholarship.  Natalie led the development of Dundee Medical School’s WordPress-based VLE “MedBlogs’ and in her teaching encourages students to use WordPress to support their reflective practice. 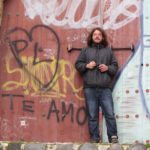 Pat Lockley (@pgogy) started out in WordPress at the University of Nottingham as a blogger.

He then went to the University of London, where amongst other things, he helped redesign their blog

For the last four years, he’s been self-employed running Pgogy Webstuff and doing a lot in WordPress

You can see more on his WordPress dot Org profile

The organisers would like to thank Phil Barker and Anne-Marie Scott for their support, Professor Gurminder K Bhambra for guidance, Isis Giraldo for Spanish Translation and Rose Newell for translation guidance

Here is the complete conference code of conduct

Our open PressED community strives to

If you experience or witness unacceptable behavior—or have any other concerns—please report it by contacting us via hey@pressedconf.org. We will handle all queries with discretion and confidentiality

Or you can email us at hey @ pressedconf dot org 🙂

Sign up for our newsletter on WordPress and Education

We’re not linked with WordPress in any legal way (bar being users) and we’re not an official WordCamp.

All of the above are great things however and you should check them out!

All pictures are CC-BY

PressED isn’t free to create, so maybe think about helping out. We’ve openly published our costs so perhaps you’d like to support us?
PressED on Patreon